There is much leadership bashing from the world and from the saints. Though there are some concerns the body of Christ need to address and change regarding the character, integrity and Godly standards of leaders, bashing only breeds reproach, hardship, and division. The word tells us to esteem leaders and to pray for leaders.

1Timothy 2:1-3 I urge, then, first of all, that petitions, prayers, intercession and thanksgiving be made for all people—  for kings and all those in authority, that we may live peaceful and quiet lives in all godliness and holiness. For this is good and acceptable in the sight of God our Saviour;

Many folks have hurtful things to say, but many of these people are not praying for leaders.  There is minimal compassion where leaders can be strengthened by the petitions, prayers, intercession, and honor of the saints, such that they endure less burnout and hardship.  Some leaders are hesitant to ask for prayer for fear of being viewed as incompetent, flawed, or experiencing public exposure. Many leaders are left uncovered and exposed to the wiles of the enemy.  We must acknowledge that leaders experience church hurt as well.

Chiefly, leaders have to press through despite the pain they endure. This is probably the reason many do not acknowledge, or address church hurt. They have been conditioned to believe it comes with the territory, and for them, this is indeed a truth. Leaders tend to be taken for granted so there is minimal to no regard for their church hurt pains. We want to dismantle this injustice by exposing the hurts leaders endure.  As leaders are delivered and healed, the oil of healing with flow to the sheep.

Hurts leaders endure are as follows:
➢      Being misunderstood by members.
➢      Being misunderstood and judged by family members, loved ones and even
peers.
➢      Judged harshly based on opinion and not through a Godly well.
➢      Having to deal with the fickleness and flakiness of people.
➢      People feeling entitled to judge and assassinate God, ministries, the body of
Christ.
➢      Members leaving without attempting to resolve conflicts or without a
willingness to work through conflicts.
➢      Members and people in general, aborting relationships or ministry
endeavors with the leaders.
➢      Members hurt and take advantage of one another and leaders must
intervene; leaders are blamed for these transgressions even though they had nothing to do with the situation.
➢      People lacking responsibility and accountability for their part in growing the
ministry and advancing the vision.
➢      Enduring warfare from the demonic realms for being the ultimate vision
carrier.
➢      Enduring word curses and witchcraft spells from saints, witches, warlocks,
ignorant people, and wicked people.
➢      Having to constantly sacrifice for the good of the ministry and people with
minimal to no appreciation.
➢      Enduring ridicule of having to choose between family and ministry
responsibilities.
➢      Unrealistic expectations where the leaders feel pressured or are pressured to
be perfect; or where their position somehow translates to perfection.
➢      Being dishonored, unaccepted, or made to feel less important depending on
their platform or ministry calling.
➢      Not being supported personally or ministerially by members, other
ministries, or the body of Christ.
➢      Enduring division and church splits.
➢      Being usurped by people who covet the vision or feel they can do a better job
than the leader.
➢      Experiencing betrayal from members and peers.
➢      Being made to bear the mistakes of other unhealthy and/or fallen leaders.
➢      Being blamed for the peoples’ lack of growth then they are being given
everything they need to align and advance with destiny.
➢      Not being sufficiently restored when they fall due to a transgression.
➢      Being ridiculed and persecuted by the world for the gospels’ sake. 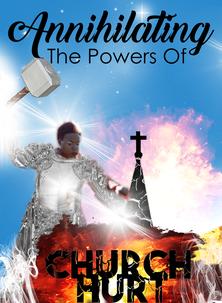 There is much leadership bashing from the world and from the saints. Though there are some concerns the body of Christ need to address a...